A brick sorter is a classic mindstorms project. I’ve seen a lot of great brick sorters on the web. On the ones I’ve seen the bricks are manually placed on a belt or a slide and afterwards sorted by color. I decided to make a bricksorter where you just place all the bricks in a tray and let the machine do the rest. Also the sorter can sort bricks by both color and size. The brick sorter is inspired by Philos brick sorter.Since I didn’t have any LEGO-chains I just used a rubber band as a belt. The NQC program sorts the bricks by two different colors and three different sizes. Since the sorter uses 9 motors, 1 light sensor, 1 rotation sensor and 3 touch sensors, I had to use 2 RCX’s. The slave-RCX’s only task is to control the sorter arms, while all the math and controlling is done on the master-RCX. 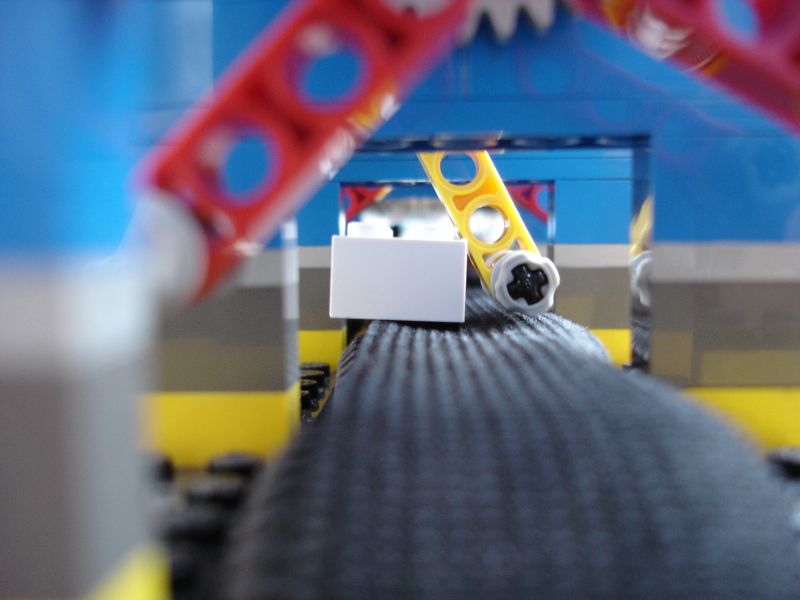 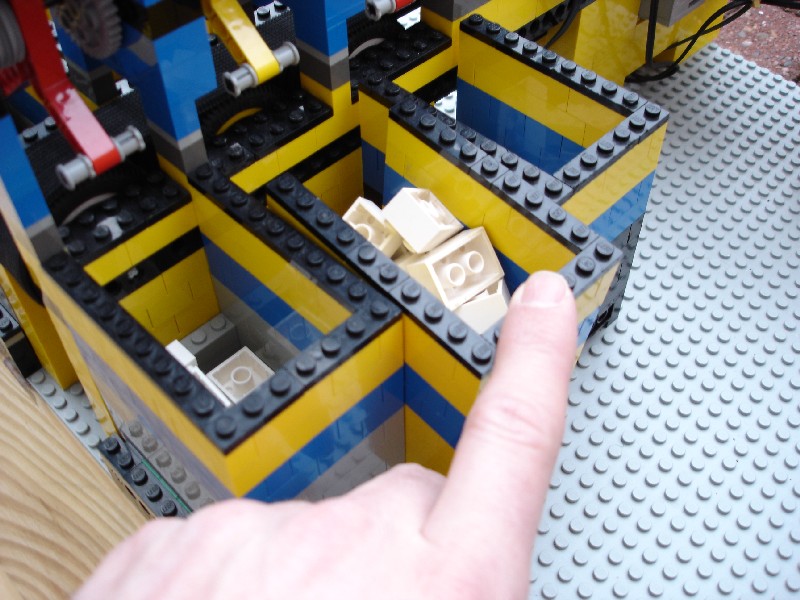 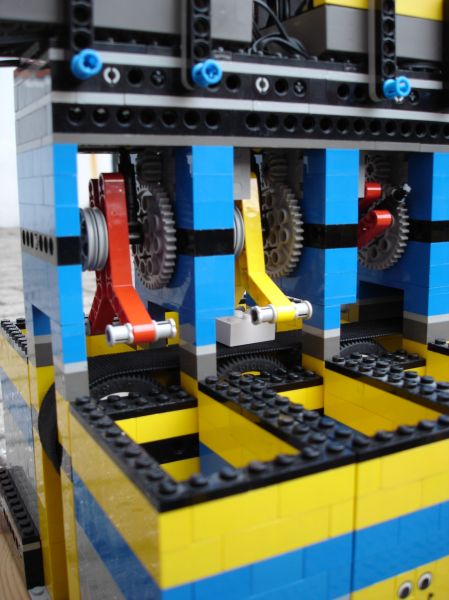 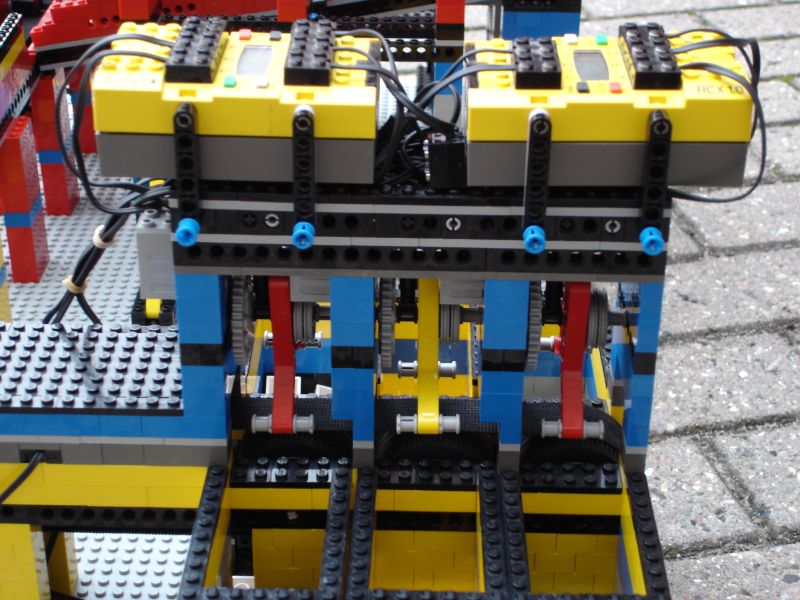 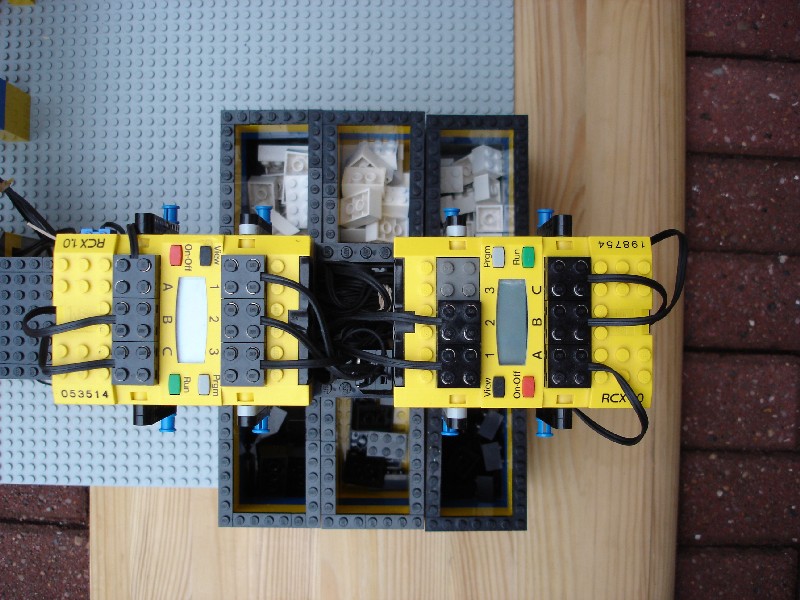 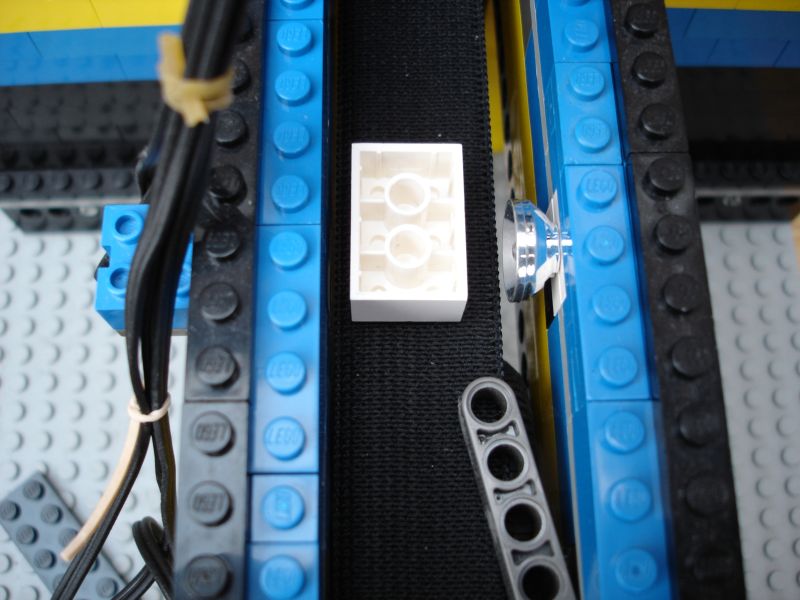 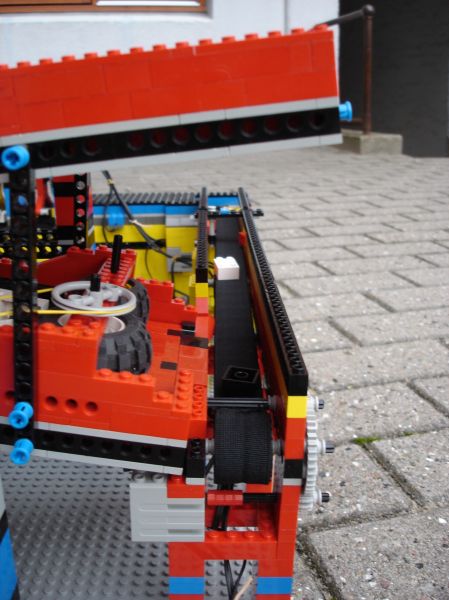 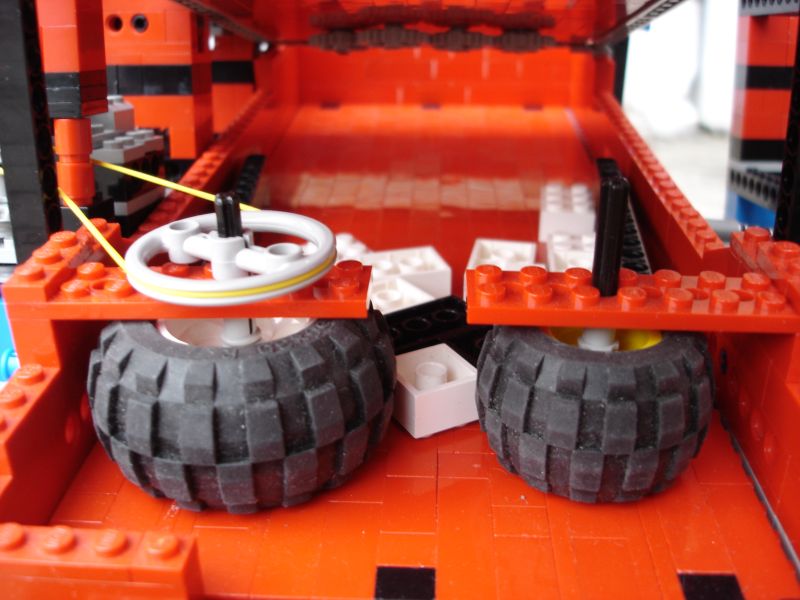 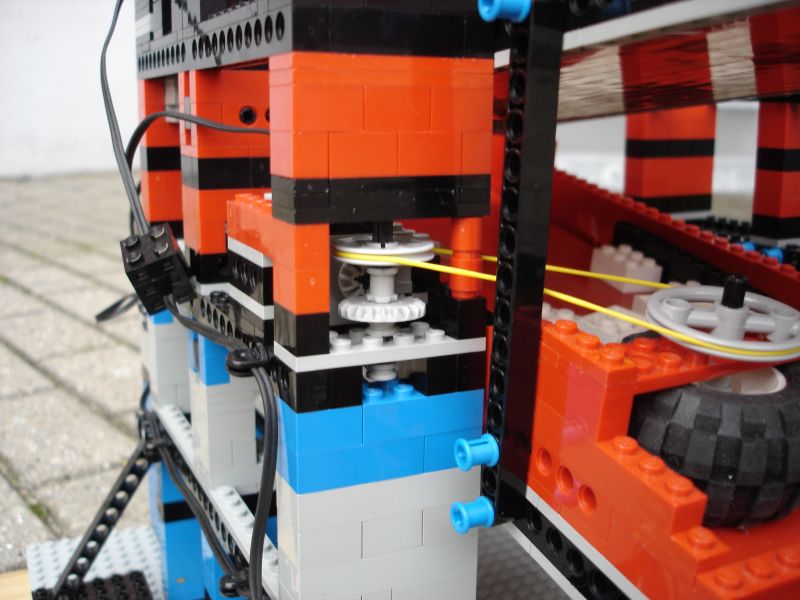 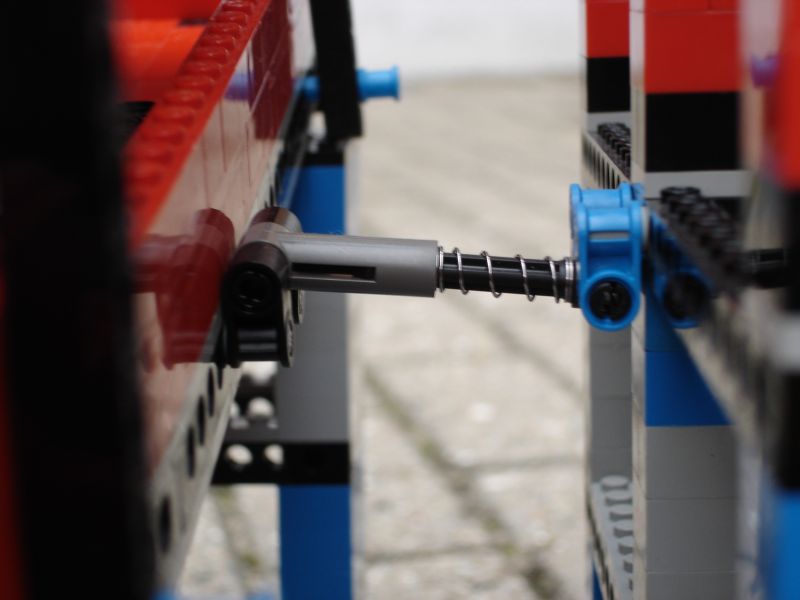 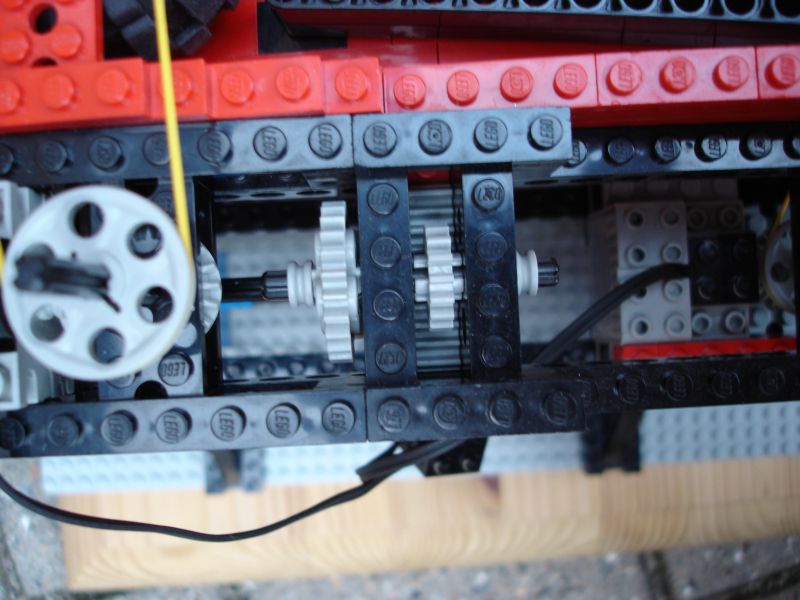 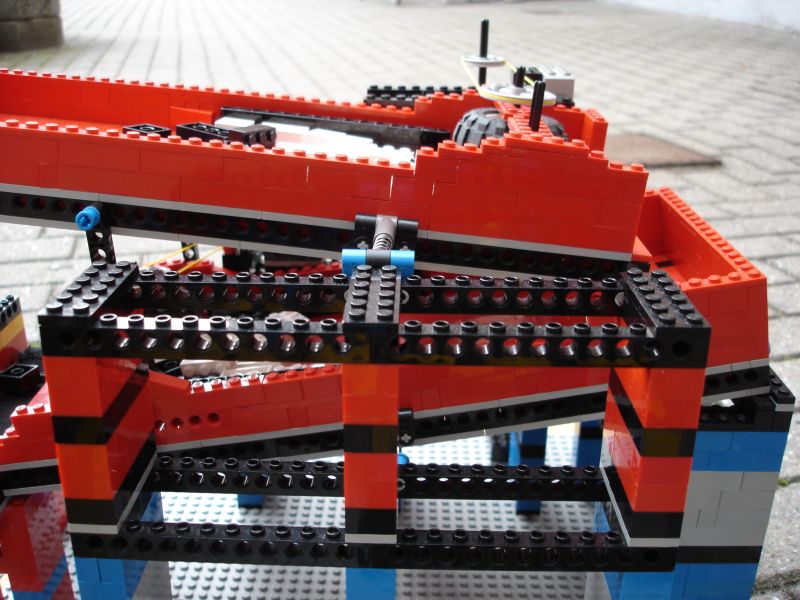 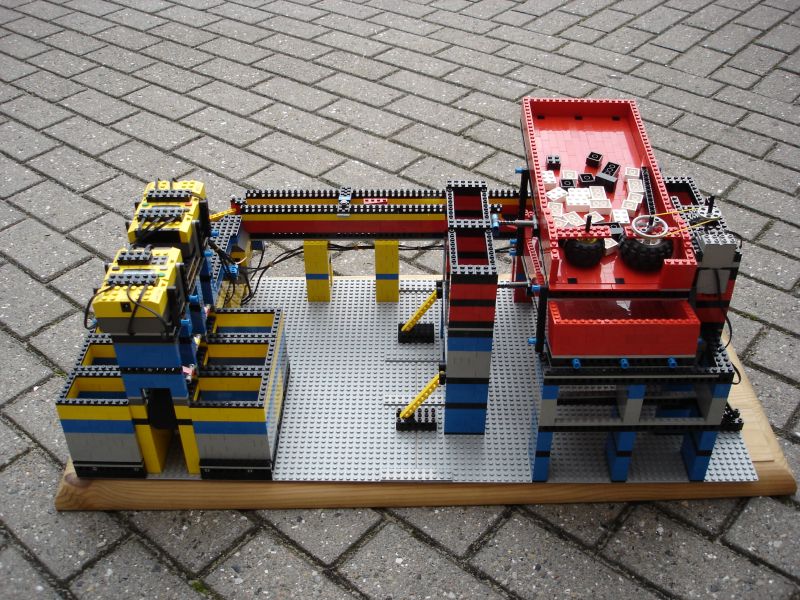 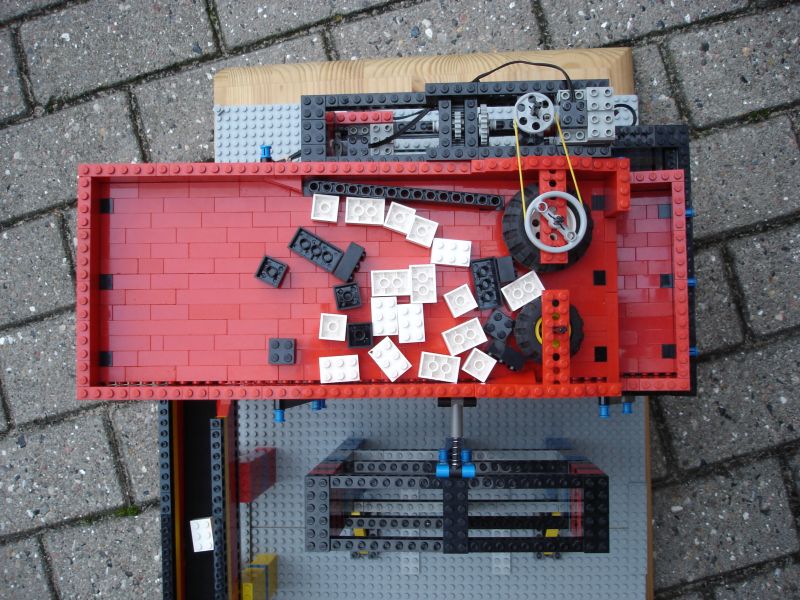 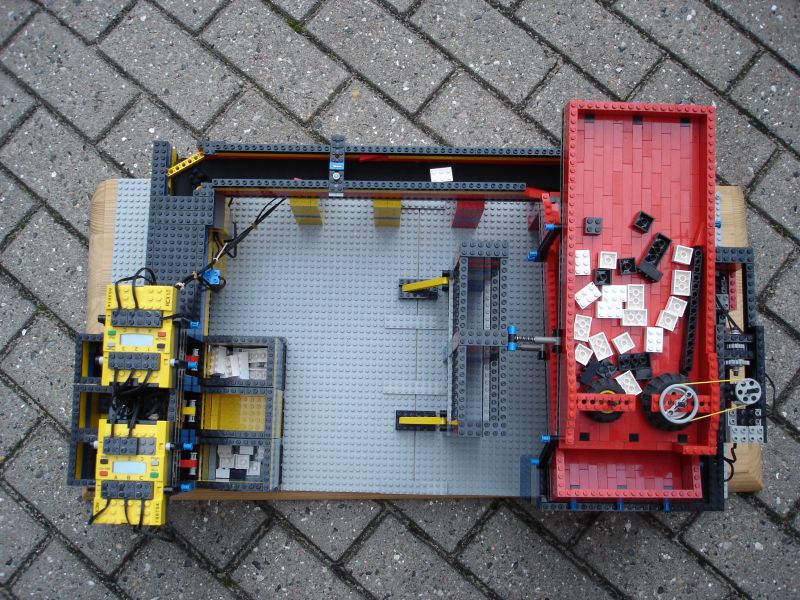 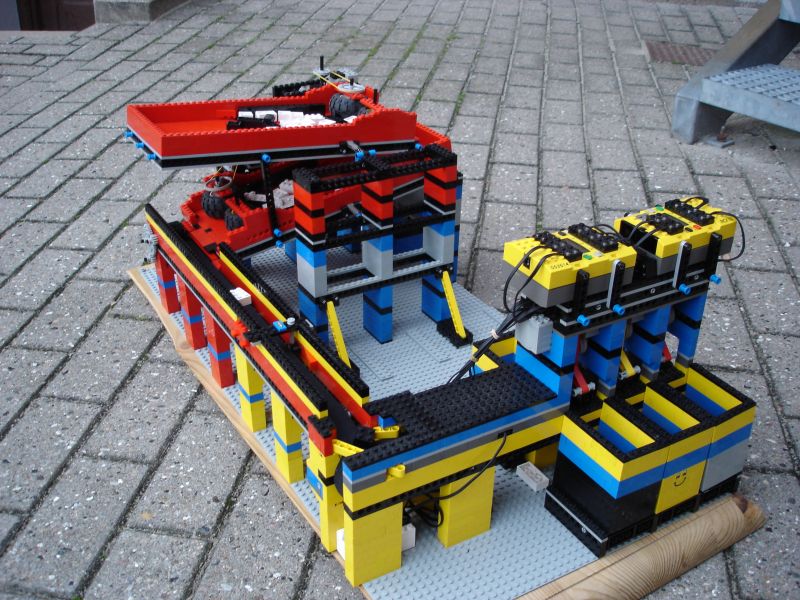 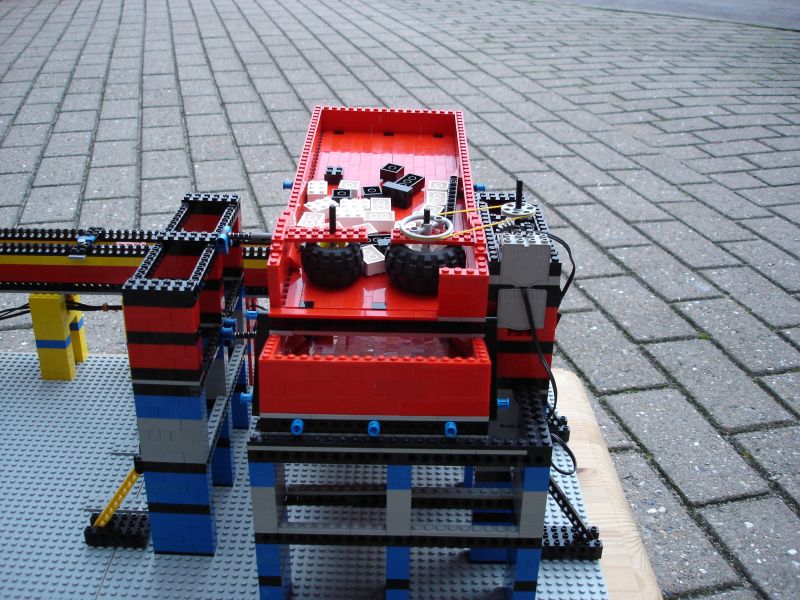 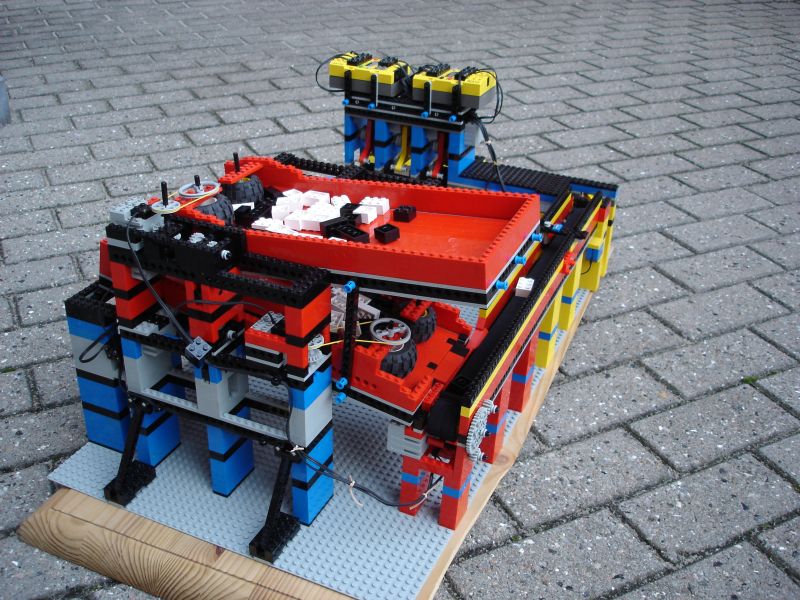